Discover Lanzarote with us! 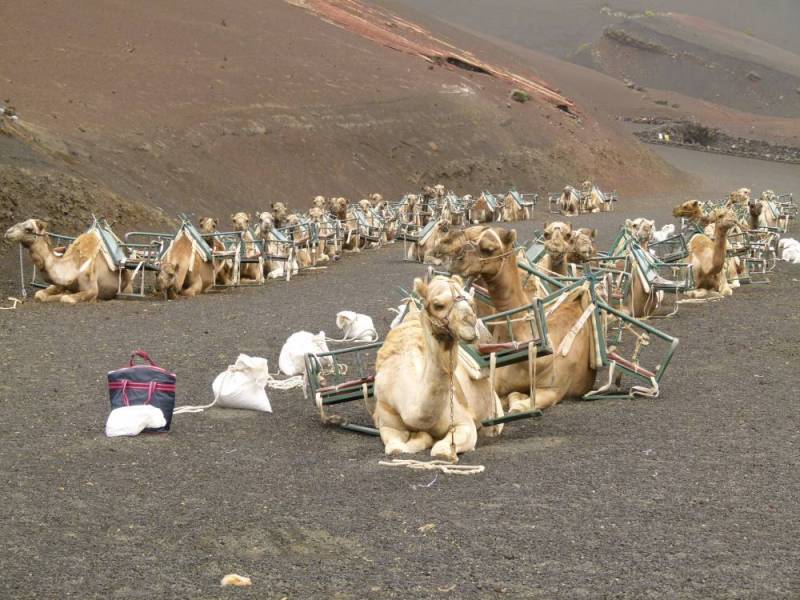 If you have a few days or just want to see the highlights of Lanzarote in the shortest possible time, to cover both the North and South of the island in one day and discover the most emblematic corners, our recommendation is the one of the best excursion in Lanzarote: "Grand Tour" , a tour full of contrasts, caves and volcanoes, during which you will discover with us the most famous and beautiful spots of Lanzarote, such as the Salt flats of Salinas de Janubio and Los Hervideros with the impressive rocky coastline. 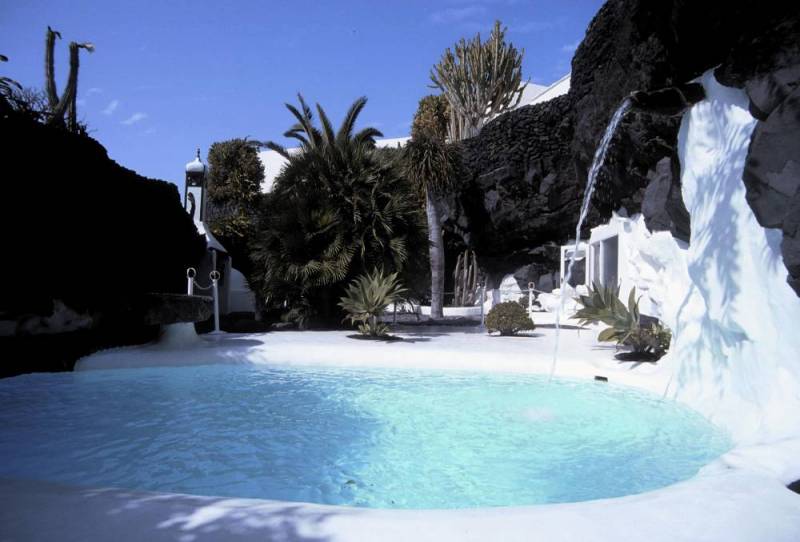 Discover the awesome attractions of the north of Lanzarote

If you want to discover the treasures of the north of Lanzarote, your excursion is the "North tour" of Lanzarote, visit the north in a single day and discover the Farmer’s Monument, made by César Manrique to honour the hard working farmers. Then we reach the beautiful oasis LagOmar, former residence of the famous actor Omar Sharif. We continue through the ancient capital of the island, Teguise, and then Los Valles, the valleys with its typical farming. 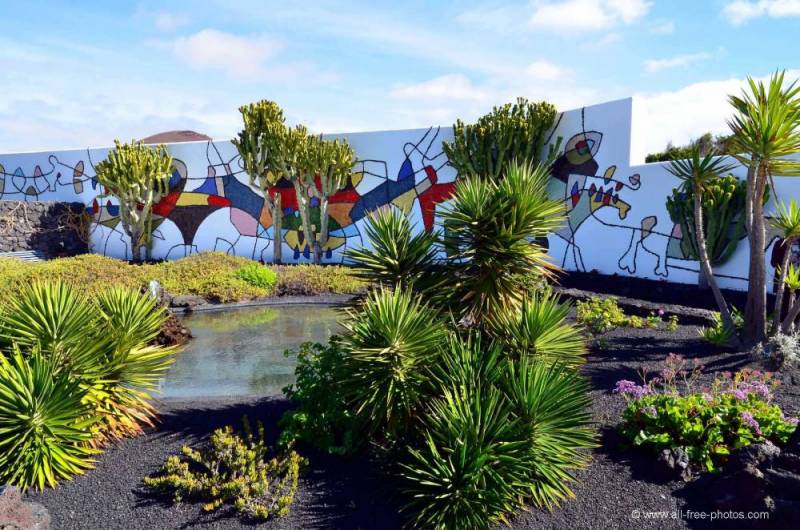 We invite you to discover the work of a genius: "CÉSAR MANRIQUE"

Discover the work of a genius: "César Manrique", his home and source of inspiration integrated into a lava bubble, and other wonders created by this artist that have made Lanzarote such a unique and special island. The "César Manrique tour" is spectacular. In the centre of the island Cesar turns a simple quarry into a homage to agricultural work: the “Farmers’ Monument” after this visit, the way leads through the old capital Teguise to the Valleys. Our next stop surprises us with beautiful views over the Valley of Thousand Palm Trees, the Corona Volcano and the coast with its villages.

The installations that currently constitute the headquarters of the César Manrique Foundation are comprising the spectacular house of the artist, the dependencies that occupied the domestic service and the garages. The whole of the space was recycled by César Manrique himself to reconvert it to its new function of museum space and administrative and service infrastructure.

The house is built on a 30,000 m² estate, which extends over a lavage lava from volcanic eruptions on the island of Lanzarote between 1730 and 1736. On his return from New York in 1966, César Manrique decides to settle permanently in Lanzarote. That same year he began to build this domestic architecture. 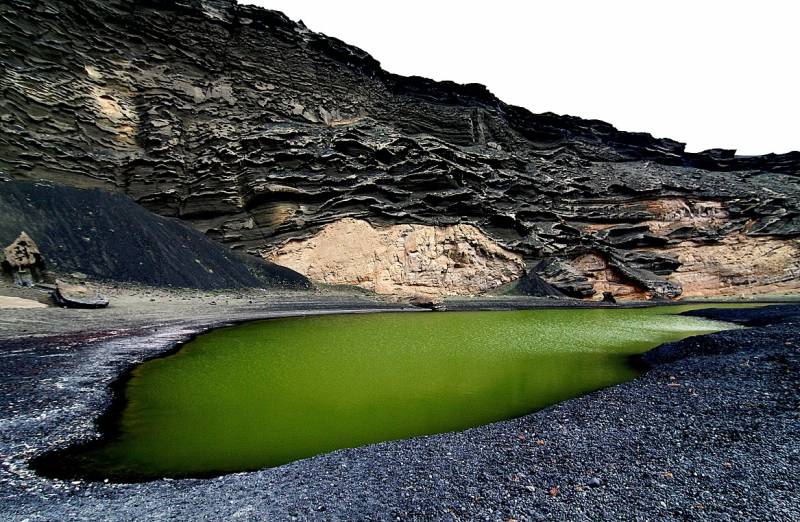 On the west coast of Lanzarote, near Yaiza, we find a landscape full of contrasts. In it, the crater of an ancient volcano plunges into the Atlantic Ocean creating a lake known as the "Charco de los Clicos" (green lagoon or Clicos lagoon), declared a Nature Reserve and included in the Volcanos Natural Park and which surrounds the Timanfaya National Park. Its green hue is caused by a kind of seaweed Ruppia maritime that is found inside and the sulfur content contained in its waters. The pool contrasts with the black sand of the so-called El Golfo beach and the blue of the sky and the sea. It has a length of about 100 meters and is connected to the Atlantic Ocean by underground cracks. 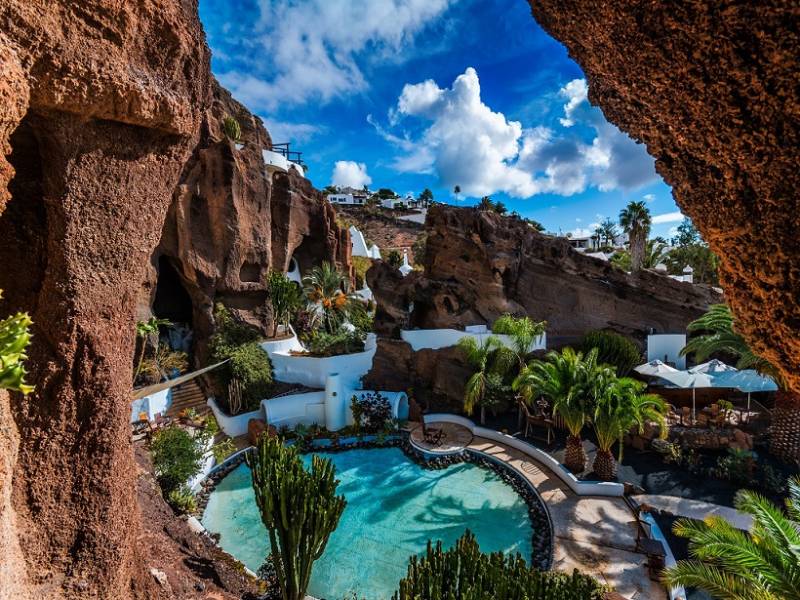 Things to See in Lanzarote : Lagomar

One of Lanzarote’s most spectacular private properties, majestically formed around the same rocks from which it was built, a volcanic quarry with natural labyrinths and caves. A truly spectacular work of art created by Nature from the molten lava which once flowed down these same slopes of the ancient volcano above LagOmar.

Originally conceived by César Manrique and designed by the artist Jesús Soto for the British developer Sam Benady with an architectural vision which could evoke mental imagery from the Arabian Nights mythology. 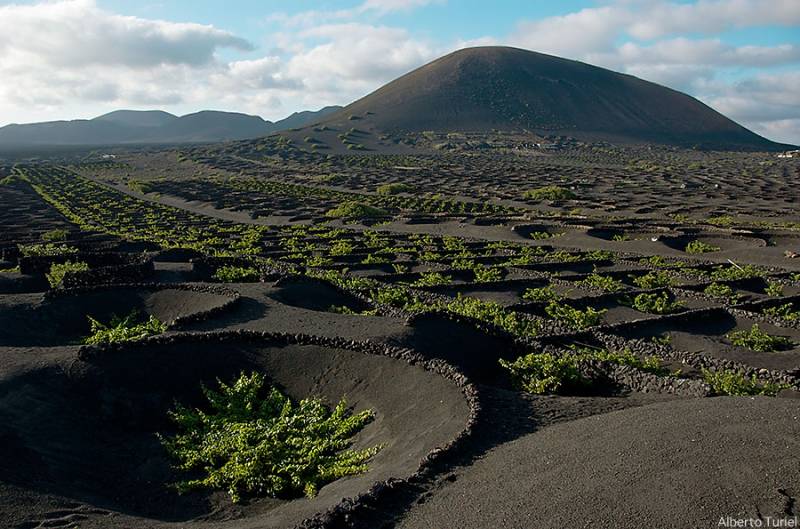 The volcanic eruptions that buried much of the island of Lanzarote in the eighteenth century created surprising landscapes that have been exploited by the hand of man through the centuries to the present.

One of the areas most affected by the eruptions were the interior valleys of Lanzarote. Some areas were covered with more than two meters of lapilli (those little black volcanic stones that locals call picon). Through trials, peasants discover that the remains of the volcanic eruptions helped to preserve the low humidity that moistens the fields of the island. These little stones have a great capacity of absorption, they attract the humidity and they keep it in its interior. Cultures covered with this type of volcanic stones naturally maintain moisture, something very valuable in an island like Lanzarote. 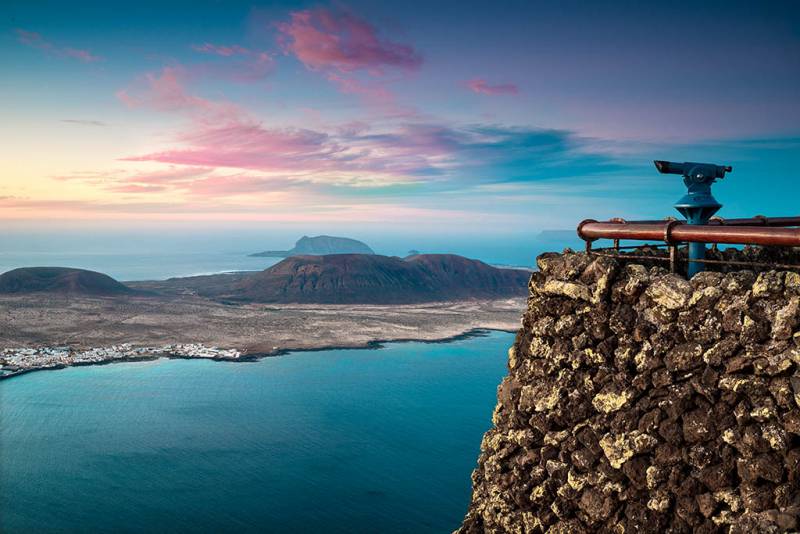 The Mirador del Río represents one of the most characteristic architectural creations of César Manrique. It is located at the top of Risco de Famara, 474 meters above sea level, in the northernmost part of the island. From here we can enjoy one of the most spectacular panoramic views of Lanzarote: Natural Park of the Chinijo Archipelago and the Famara Risco (cliff). The technical realization of the work was carried out by the architect Eduardo Cáceres and the artist Jesús Soto. The works culminated in 1973, opening the building.

The building has the peculiarity that it is hardly noticeable from the outside, thanks to a subtle and ingenious maneuver of camouflage that consists of hiding its structure under a heavy stone skin that completely mimics it with the surroundings. 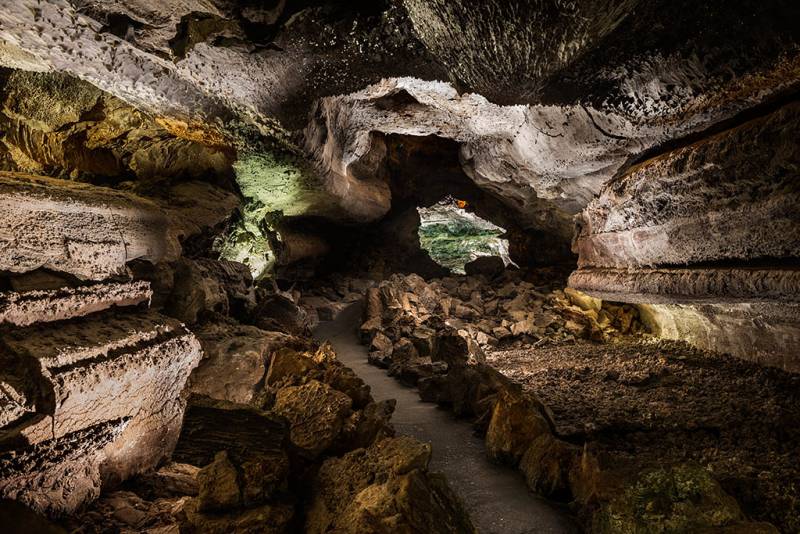 Things to do in Lanzarote: Cueva de los Verdes

La Cueva de los Verdes (The Cave of the Greens) is a volcanic structure located in the north of the Island of Lanzarote, in the municipality of Haría. It is part of the volcanic tube originated by the eruption of the Volcano Corona (Crown) and that gave rise to an extensive subterranean volcanic tunnel of more than six kilometers of length that runs from the volcanic cone to the sea.

A volcanic tunnel is produced by the cooling and solidification of the surface part of a lava wash in contact with the air as the molten magma of the interior continues to flow. The partial detachment of the roof of a section of this tunnel forms the structure called "Jameo", which is nothing more than the opening or mouth of the land that allows access to the different caves. 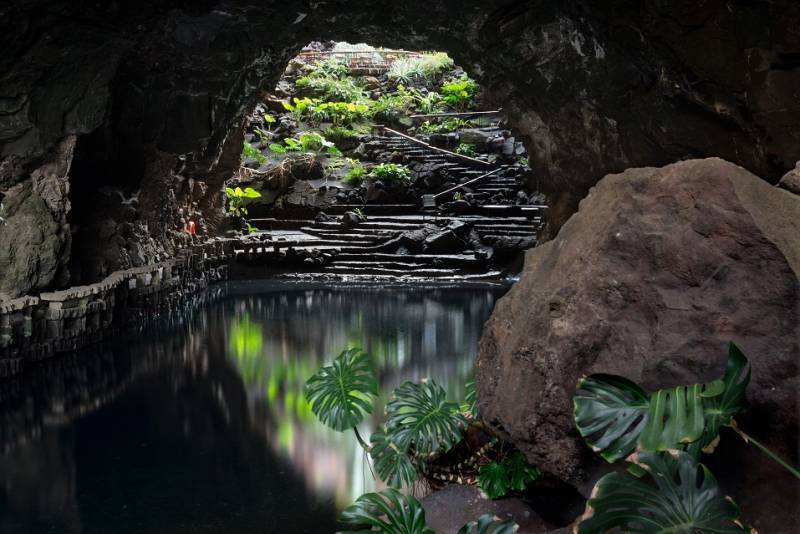 Lanzarote what to do - Jameos del agua

The word "jameo" is of aboriginal origin and refers to a hole that occurs as a result of the sinking of the roof of a volcanic pipe. The "Jameos del Agua", like the Cave of the Greens, are located inside the volcanic tunnel caused by the eruption of the Corona Volcano. The tunnel has a known length of 6 km, of which at least 1,5 km run under the sea surface, taking this last section the name Tunnel of Atlantis.

The Jameos del Agua are located in the section of this tunnel closest to the coast. It consists of at least three jameos or openings in the ground. The "Jameo Chico" through which access is made to the interior, the "Jameo Grande" and a third, called "Jameo de la Cazuela" (pot).

You would rather return to the h...

We invite you to discover the wo...

The Best Excursions in Lanzarote